September 1939 and the Soviet Occupation

he course of events sped up after the outbreak of World War II in September 1939. 110,000 of the one million soldiers of the Polish Army were Ukrainian. They fought arm-in-arm with the other soldiers of the Polish Army. At the same time, however, a Ukrainian nationalist terror flared up in Volhynia, particularly after the Soviet invasion of Poland on September 17, 1939. 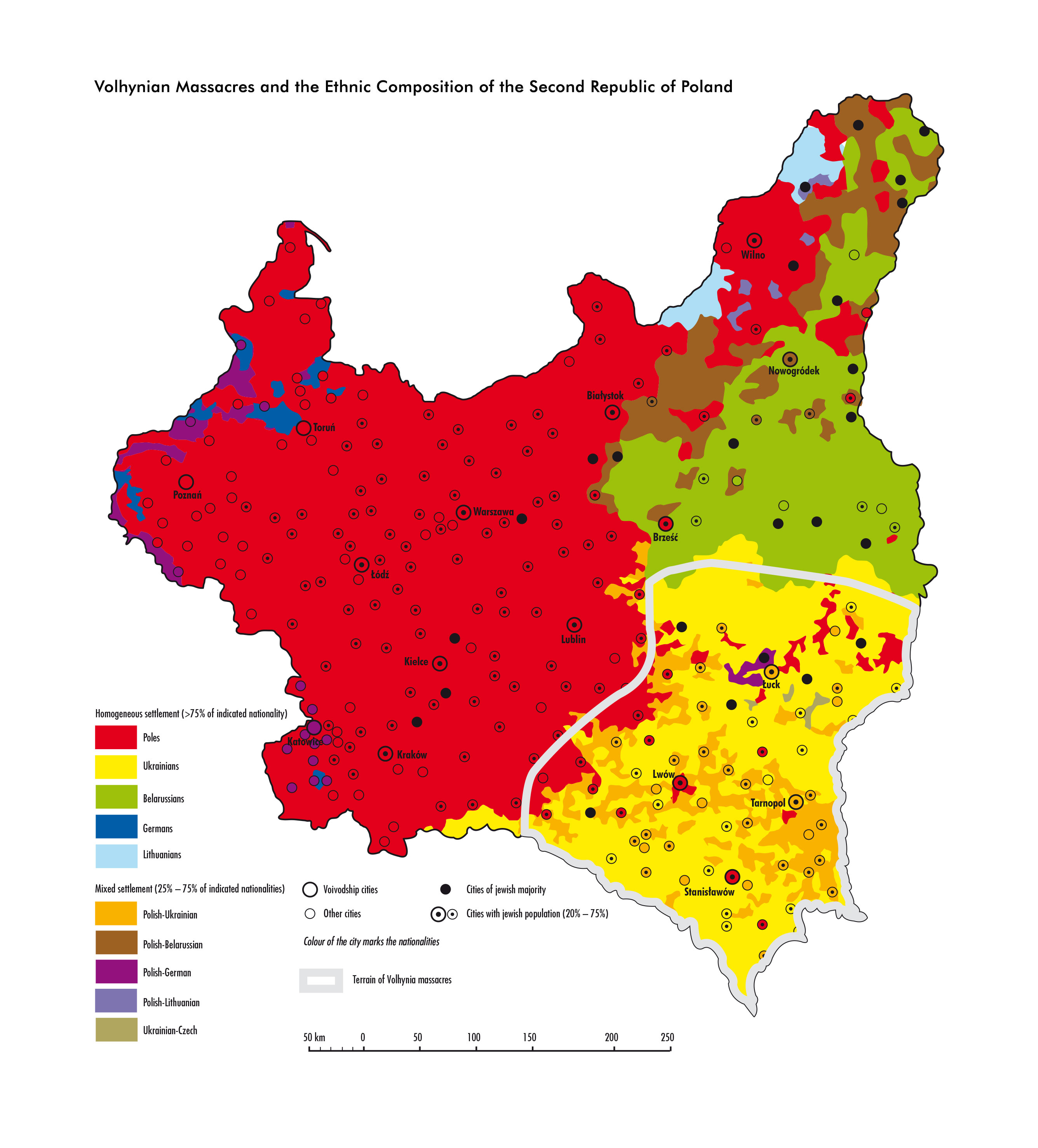 Instances of rape, looting, and murder spread across Volhynia. Polish manors and farms were set ablaze. The number of Polish victims is estimated at 2,000−3,000. Many of those people were soldiers, policemen, clerks, and refugees who had evacuated from Central Poland as it was being overrun by Hitler’s invasion force. Moreover, the Germans began to play the Ukrainian card. The “Sushko” legion is a good example. Six hundred men strong, this OUN detachment was trained by the Abwehr and organized by the Germany-based Col. Roman Sushko. The Sushko legion took part in the German invasion of Poland from the south.

The Polish territories that found themselves under the Soviet occupation stretched eastward from the Pisa, Narew, Bug, and San rivers and constituted 52 % of Poland’s territory (ca. 200,000 km²). Inhabited by over 13.7 million people, they were incorporated into the USSR.

The period of the Soviet occupation of Poland’s eastern territories was one of numerous repressions, mostly (but not solely) against Poles. The persecutions continued with varying intensity and in various forms until the German invasion of the USSR on June 22, 1941. By then hundreds of thousands of Polish citizens had been arrested, imprisoned, or deported to Siberia during four deportation campaigns. Various repressions were levelled against Polish political and social activists, reserve officers, priests, landowners, policemen, foresters, industrialists, merchants, military and civilian settlers and their families, along with escapees from the territories occupied by Germany. But in mid-1940 the Soviets intensified the repressions against Ukrainian nationalists.

After the German invasion of the USSR, the NKVD massacred almost all the people detained in Volhynian and Galician prisons before its evacuation from those territories. The number of victims in Łuck alone is estimated at 2,000−4,500. Similarly, approx. 500 people were killed in Dubno. Moreover, before their retreat from Lvov the Soviets murdered over 3,000 Polish, Ukrainian, and Jewish prisoners.