Commemorative events in relation to the 79th anniversary of the Volhynia Massacre took place in Ukraine on 9 July 2022. The Deputy President of the Institute of National Remembrance Prof. Karol Polejowski and his associates paid homage to the citizens of the Second Polish Republic murdered by Ukrainian nationalists.

The ceremony on 9 July began with a Holy Mass in Ostrówki (Ukraine). Representatives of the Institute of National Remembrance paid tribute to the murdered by laying flowers and lighting candles at the cemetery in Ostrówki and Zasmyki. Leon Popek, a historian from the IPN, and Ukrainian citizens who had previously helped the IPN staff in the preservation and conservation of the graves of Poles resting there, also participated in the event.  Oleksandra Vasiejko, better known as Grandmother Shura, also attended the ceremony. She did not let her murdered neighbors be forgotten and for several decades prayed over the graves of Poles which had been pointed out to her by her father. Later, after the fall of the communist system, she helped Polish archaeologists find the burial places of many more victims. It was largely thanks to her efforts that these people were finally given a dignified burial.While paying tribute to those who lost their lives at the hands of Ukrainian nationalists, it is important not to forget the Ukrainian Righteous - people who - sometimes risking their lives - rescued their Polish neighbors by warning them of imminent danger, providing them with food, water and shelter on their farms.

Find out more on the IPN website in English 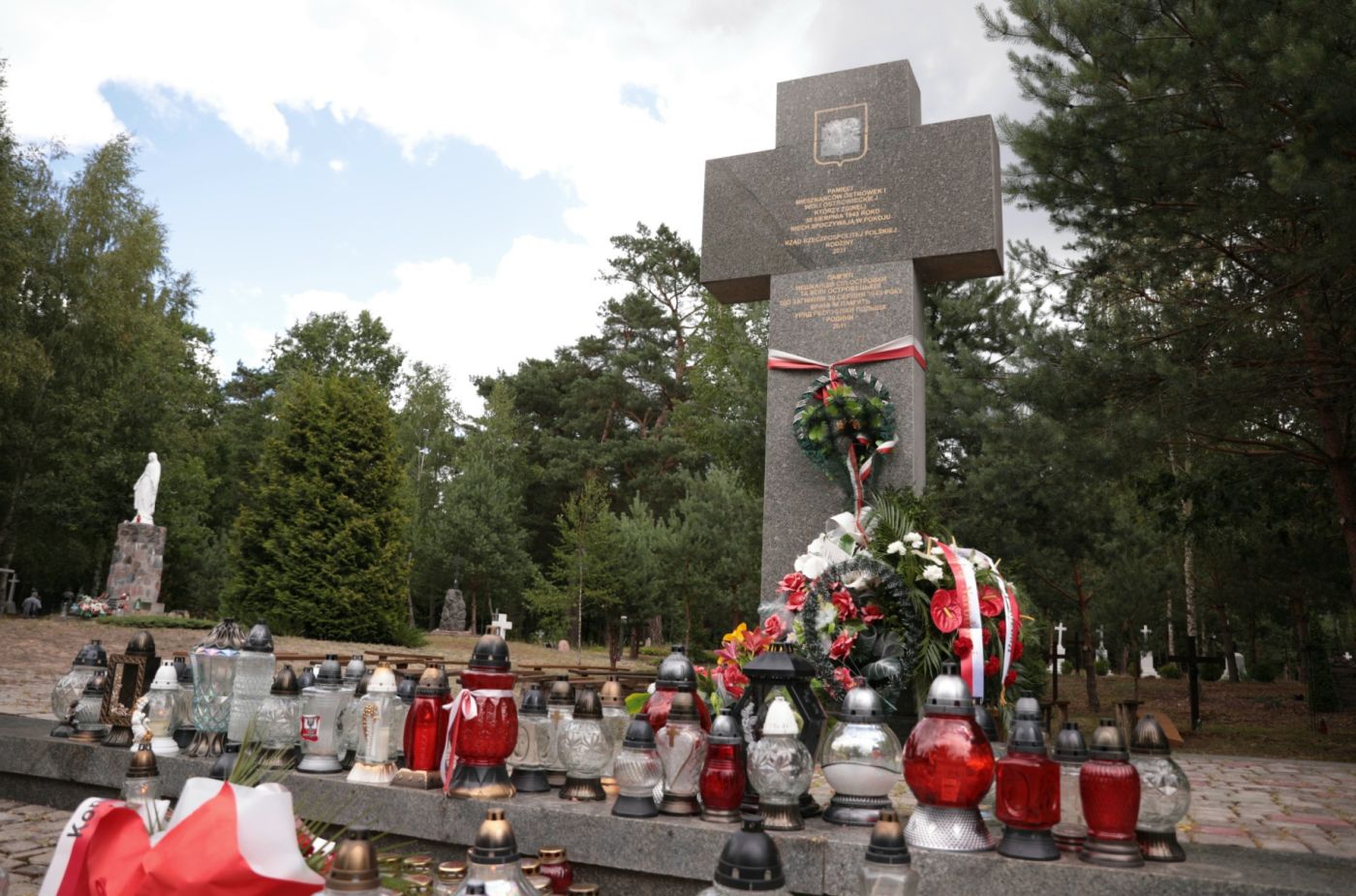 The Deputy President of the IPN paid tribute to the victims of the Volhynia Massacre, Ostrówki; 9 July 2022 Photo: Mikołaj Bujak IPN