27th World Congress and Pilgrimage of the Inhabitants of the Borderlands - Jasna Góra, 4 July 2021 | ipn.gov.pl/en

The President of the Institute of National Remembrance, Jarosław Szarek, Ph.D., the Director of the IPN Branch in Lublin, Marcin Krzysztofik and Leon Popek Ph.D., the Deputy Director of the IPN’s Office for Commemorating the Struggle and Martyrdom were among the guests of  the 27th World Congress and Pilgrimage of the Inhabitants of the Borderlands – an event of great significance not only for the inhabitants of the Borderlands and their descendants, but for all Poles who care about national memory.

The celebrations began with a Holy Mass in the chapel of the Mother of God with a Mass for those who lost their lives, were expelled or murdered in the East. At 10:30 a.m., the ‘Borderland Generations March’ and the Roll Call of the Fallen was held under the plaques dedicated to Poles murdered in Volhynia and Eastern Lesser Poland in 1939–1947 and to Ukrainians who aided Poles. At 11:15 in the Papal Hall, the guests had a chance to share their memories about the people of the Borderlands. 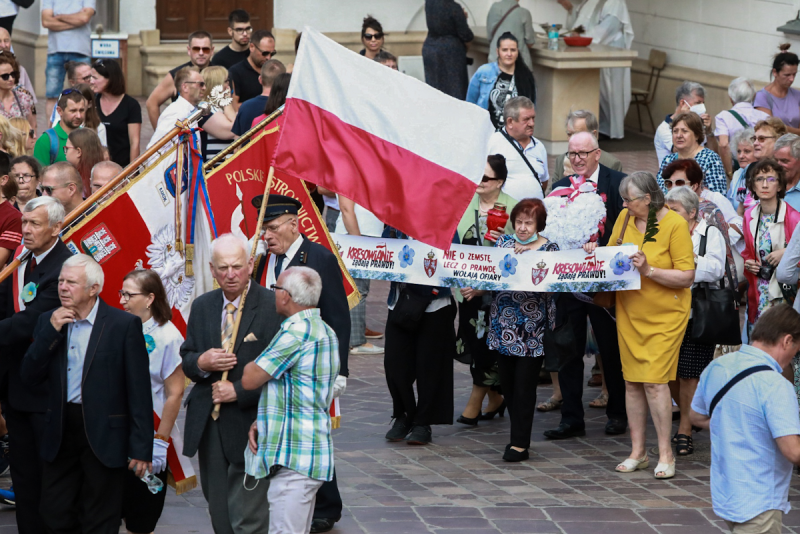